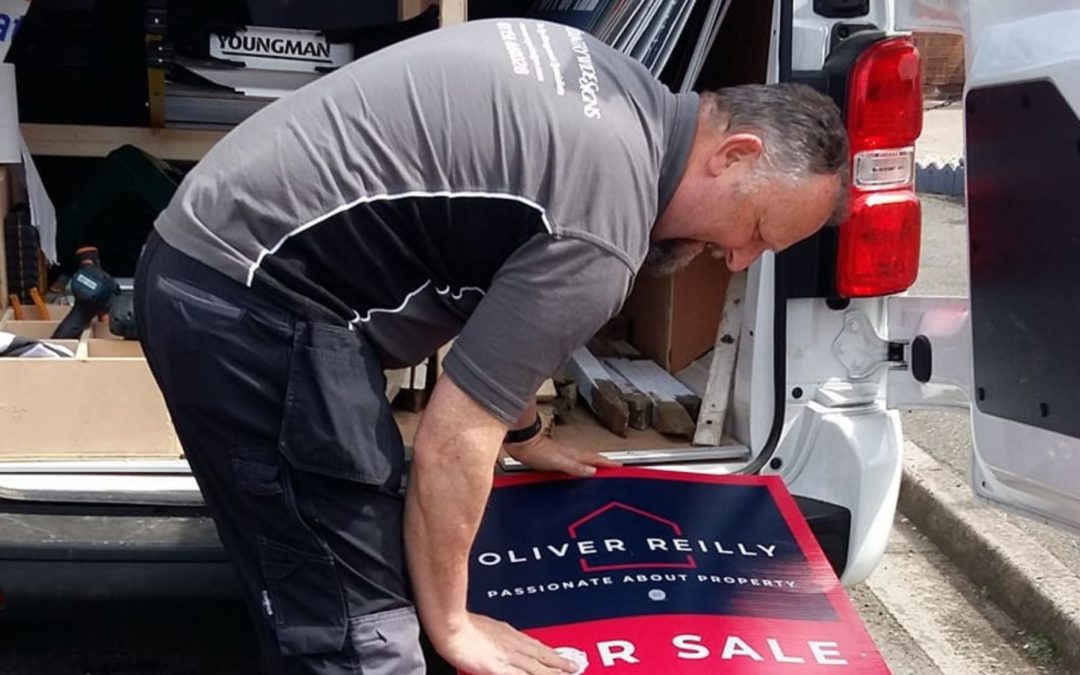 Despite the impact of the pandemic, Countrywide Signs has continued to ride the wave and has maintained, not a trickle, but a healthy stream of new operators joining the nationwide network over the past year. In fact, three new operations opened last month.

Father and son team, Duncan and David purchased a new territory area covering Bedford and Stevenage as well as taking on a small slice of Cambridge as part of the surrounding area. Duncan was previously an Operational Director at a Volkswagen dealership and David worked in management for a large corporation.

Having worked in the motor trade for 30+ years, Duncan wanted to pursue his own path rather than the agenda of a large organisation. David chose to join his father early in the recruitment process. Their ambitions are very much aligned. They both wanted the ability to create a business with the potential to grow in value and one which would be mentally rewarding.

Ian had taken redundancy from his position as a Production Manager, and Alison from her position as an Office Manager. Ian also has a background working in the signage industry, giving him an already clear understanding of the sector. Their combined skillsets mean that Ian is perfectly placed to manage the day-to-day signage installations, business planning and their supply chain, while Alison takes on the administrative and marketing duties required for running a small business. A great balance for their husband-and-wife partnership.

Finally, we have the second of our husband-and-wife teams, Dave and Karen Marshall. Dave came from a long career as an Appliance Engineer. The now owners of Countrywide Signs North Nottinghamshire, also purchased an area of Countrywide Signs Lincoln, as part of a resale from the previous owner. Both Dave and Karen were looking for an opportunity where they could run their own business and achieve the ideal work life balance.

Our new franchisees have great ambition as business owners. Each brings with them a multitude of skill, drive and enthusiasm to the network. We wish them much success and our continued support as they embark on their Countrywide Signs journey.

If you would like to learn more about becoming a Countrywide Signs operator, please get in touch.

We use cookies on our website to give you the most relevant experience by remembering your preferences and repeat visits. By clicking “Accept All”, you consent to the use of ALL the cookies. However, you may visit "Cookie Settings" to provide a controlled consent.
Cookie SettingsAccept All
Manage consent

This website uses cookies to improve your experience while you navigate through the website. Out of these, the cookies that are categorized as necessary are stored on your browser as they are essential for the working of basic functionalities of the website. We also use third-party cookies that help us analyze and understand how you use this website. These cookies will be stored in your browser only with your consent. You also have the option to opt-out of these cookies. But opting out of some of these cookies may affect your browsing experience.
Necessary Always Enabled
Necessary cookies are absolutely essential for the website to function properly. These cookies ensure basic functionalities and security features of the website, anonymously.
Functional
Functional cookies help to perform certain functionalities like sharing the content of the website on social media platforms, collect feedbacks, and other third-party features.
Performance
Performance cookies are used to understand and analyze the key performance indexes of the website which helps in delivering a better user experience for the visitors.
Analytics
Analytical cookies are used to understand how visitors interact with the website. These cookies help provide information on metrics the number of visitors, bounce rate, traffic source, etc.
Advertisement
Advertisement cookies are used to provide visitors with relevant ads and marketing campaigns. These cookies track visitors across websites and collect information to provide customized ads.
Others
Other uncategorized cookies are those that are being analyzed and have not been classified into a category as yet.
SAVE & ACCEPT